The Great Wall of China – a project with many project sponsors

Share this:
7 Sep 2017
The Great Wall is one of the biggest manmade structures in the world, 21 196 kms. What can it teach us about project management?

Did you know that it is said that the Great Wall of China is visible from the space?

But actually, it is not visible from space. It is a myth. But, it is a fact that the wall is one of the biggest manmade structures in the world. It spans around 21 196 kms. How could humans in the ancient world be able to build such a huge structure? And what can it teach us about project management?

Initially there were a series of fortifications built by various kings or warlords. The small fortifications were built in an attempt to protect their territory from the Mongolians and Manchurians. Later, they were all joined together to make a bigger and stronger wall. Its building was ordered by China's first Emperor – Qin Shi Huang, after he unified the various Chinese kingdom. And the first 5000 km wall was build during the Qin dynasty. Subsequent dynasties till the last Ming dynasty continued to build the wall.

So, there are two things we can learn from its construction. The huge wall today was built over time in small phases and parts. Little by little and from dynasty to dynasty the Chinese build a magnificent structure. Similarly, many projects look like gigantic tasks until they are broken into modules, deliverables and further work packages.

The Great Wall was built despite the primitive or basic construction technologies used during those times. The Emperor Qin Shi Huang ordered the project's labor force to be organized into three groups: soldiers, civilians and criminals. Hence bringing some sort of organization and resource allocation for building the wall.

It is one of rarest construction project where the project never finished because the completion was never defined. The construction continued and lasted for more than 2000 years. So, it is unfortunately difficult to calculate the number of man hours spent in its construction. It is also one of the few projects that doesn't have any project documentation. Some historical records suggest 300, 000 to 500, 000 soldiers were assigned to build the Great Wall. Other records suggest that around 1.5 million men were used during the peak of its construction. So, it is very hard to say. But one thing is certain, the ancient Chinese not only mastered the “art of war” but also mastered the art of management, planning and resource allocation.

To conclude we can say that the project had a clear objective – protection from war faring Mongolian and Manchurian tribes; but without any clear project strategy or full-fledged stakeholder involvement. The Great Wall was built according to the whim, desire and order of the reigning emperor, without any stakeholder consultation process, even though there was some planning and management involved once the order was given. 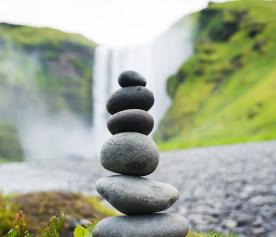 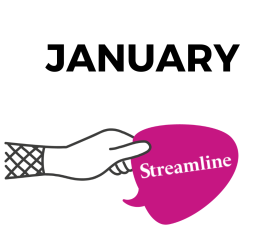