Johanna Dwyer on the challenges of research organizations

Share this:
13 Oct 2022 Written by Johanna Dwyer
R&D-focused organizations are up against significant challenges when selecting the right mix of projects to push forward. Johanna Dwyer discusses the challenges inherent to project selection to achieve overall business and portfolio goals.

What challenges do research organizations contend with when selecting projects?

There are a number of challenges with project selection and I think probably one of the biggest ones is that you’re selecting a project at the project level, but you need to do it with a view of the whole portfolio and understanding where it fits into your portfolio goals, which are part of the research and development goals and therefore part of the business goals so you can’t look at a project individually without trying to put it in the framework of what are you trying to achieve with your portfolio? And that’s a problem because when you put a project before a Stage-Gate committee you aren’t just looking at that project on its merits.

But somebody needs to make sure there’s enough information so about it that you can also say well we’re trying to put 15% of our R&D investments on truly transformational projects for instance. Do we have enough in that area? Should we be approving more of those or have we already got too many? And that’s an added decision point that needs to come into play when you’re looking at projects because they’re always more ideas than you can fund, even for a well-to-do company. You have to make some decisions at some point about where you’re going to make the investments. So I think that there are things you can do about making sure your portfolio mix is correct, so that’s one challenge.

Another challenge though is, when people bring forth their ideas for projects, of course they’re passionate about it. Why else would they bring it forward? They believe in the idea, they maybe have done some work on it already, they want to do it. Sometimes people don’t understand what assumptions they’ve made. And they may have an unrealistic view about the program that they’re proposing because their assumptions haven’t been challenged or they don’t understand some of the other business needs or constraints. So, challenging the assumptions in a consistent way helps to really understand is this a project this company should even be undertaking? Do we have the right co-specialized assets to make this a success or should we buy it? Should we make it? Those types of assumptions can be challenged if you have a good framework that you can apply to the decision-making at the upfront project gate.

What approaches are effective in handling those challenges?

There are some structural challenges, which make this a difficult problem -- and that’s primarily where the budget comes from. If the budget is driven from the operational businesses, the portfolio will always converge toward incremental improvements because the operational business knows exactly what it needs for its operations currently and their budget is targeted towards making sure that they get their numbers and that they’re efficiency goes up on a year over year basis. They will always tend to drive the portfolio towards incremental improvements.

If the company doesn’t allocate some budget that’s separate from the operational units, you will have a very difficult time bringing any research into your portfolio that will actually bring company growth because it’s a well-established fact that to bring company growth, you have to perform beyond the incremental improvements. You have to get some breakthrough achievements into your portfolio and some game-changers because there’s risks in every R&D investment and many will not go anywhere. Many will fail, so to overcome the losses from the risks, you have to have some growth that’s going to be beyond the incremental growth.

Structuring where the money comes from will help you do that but you also need to set some targets. And there are some pretty standard industry targets but then I think every company needs to look at their industry, their specific goals, what they’re trying to achieve, their competitive circle, and where they are in it – are you a leader? Are you a follower? And that will tell them, for instance, where they should sit on that spectrum of how much should I put into incremental, transformational, adjacencies, bringing my products to different markets perhaps. There are a lot of different ways to derive financial gain to the company out of innovation but you have to understand your place within your peer group in order to make a good choice in that.

What are the challenges when transitioning projects from research to commercialization?

This is a very very difficult area, particularly for a company that’s very new in research. The history of the company has been that we’ve bought technology from other technology producing companies and used them in our business. The operational business understands the purchase of technology and they know where to find the greatest cutting edge technology from other suppliers. Bringing the technology up through the business development channels through R&D within the business and then deploying it inside the business may even be harder than bringing it up through R&D and selling it outside. If you look at the incentives of the parties at both ends of that equation, you can see why this is a really challenging problem.

The research and development people are largely staffed with high educated people – post-docs, PhD’s and so on – for them the thrill of the hunt is invention, it’s the playing with their idea, it’s making a prototype, it’s getting it to the point where they can say I’ve made this work. They’re not really interested in the slog from that point to I’ve fine-tuned, refined this, learned how to manufacture it at scale, learned how to drive the costs down to the point where the operational business says it’s hardened, it’s affordable, it’s readily available, I have multiple suppliers, and I can put it in my business at low risk. I call it “the canoe theory” – you’ve got the incentive at this end for the research crowd, that they’re happy to be there, but as soon as they move off of that they want to start the next project because that’s where they’re enjoying their work; at the other end you have the operational people who are really about making their numbers and they don’t want to bring risk into their business either.

So they’re not willing to say to the researcher, yes, I’ll take a chance on your technology. It may not work, and it may cost me money. They don’t even have the budget, usually, allocated to them to set aside a part of their business to trial a new product. So they don’t have the incentive to do it. The people on the research end don’t have the incentive to do it, and technologies tend to languish in terms of internal deployment. Now, there’s other commercialization paths of course, but that one is a really challenging one. So I think it’s an area that companies need to appreciate, needs a unique structure, both organizationally and through processes to make sure that the incentives are aligned for the parties to actually deploy the technologies that are built within the business.

What role does financial incentivization play in getting innovations to market?

The incentivizing of people to bring it through has absolutely got to be a part of it and it goes beyond your standard PMP process because like I said, those processes reward the researchers to go back and start a new project, not to see their project through. So, you really have to think about ... do you need to establish a team whose sole focus is to carry it through, and then are they incented with that reward? NPV is a difficult thing to use as a basis for that. I would say generally speaking, that’s a hard metric to use because often technologies form a part of a bigger system and it’s very difficult to understand what specific gain is derived from a specific technology and so basing an award on NPV I think is going to be fraught with difficulties.

But, there are other ways to do it. Certainly there’s some research from the Corporate Executive Board and other groups, the Industrial Research Institute which say that on average, the salary of a person needs to be about twice what it would otherwise be to get them incentivized to carry a product through to deployment and then the rewards you get from those deployed projects more than pay for that incentive process. But, I think it’s something that a lot of companies are looking at, is how to drive the performance in people in these areas where the incentives are largely misaligned. 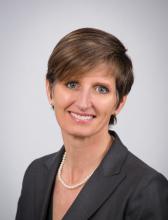 Johanna Dwyer About the author:

Johanna Dwyer is an IP and technology strategy specialist with over 20 years’ experience leading IP, R&D, and innovation, including experience developing IP strategy and management processes at Saudi Aramco, Federated Wireless, and Blackberry. 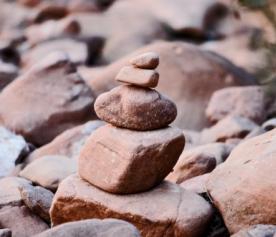 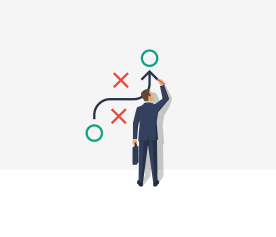 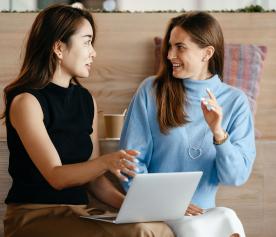